Playing with numbers can be fun! 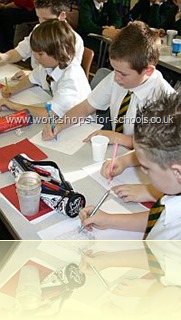 With a little imagination it’s easy to add some excitement to a maths lesson. Children love learning tricks and so showing them a trick that they can easily learn which requires some simple maths is a great way to get them practicing their numeracy skills and having fun at the same time.

In this trick the performer successfully predicts the answer to a sum using a set of numbers freely chosen by a spectator.

The performer invites a spectator to assist him.

The performer writes down a number on a slip of paper, folds it up and has another person look after it but gives instructions that the number must not be revealed until asked.

The performer hands the spectator a sheet of paper and a pen and asks him to think of any three consecutive numbers and write them down. He then asks them to reverse the same three numbers and do a subtraction sum taking the smallest from the largest.

When the spectator has worked out the answer the person holding the other slip of paper is asked to unfold it and reveal the number written down by the performer.

Both numbers are the same. Performer bows.

If you write down any three consecutive numbers, reverse the same three numbers and do a subtraction the answer will always be 198. ( or -198 if they have taken the largest from the smallest ).

You can do the same trick with any four consecutive numbers and the answer will always be 3087.

Explain to your children how the trick works and then have them practice taking turns to be the performer. Use both three and four number versions.

Book a Maths Workshop for your school.