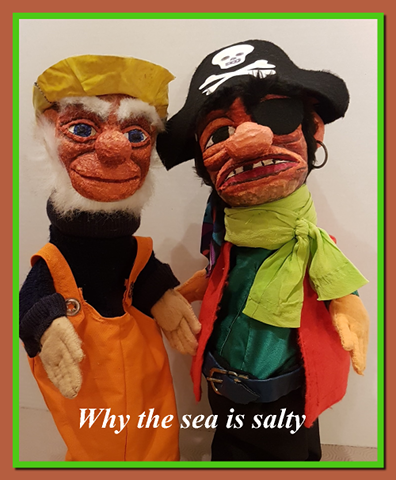 This is an ‘explain’ legend. A poor fisherman catches a seal in his net by mistake. The seal asks to be put back into the sea. In return for his freedom the seal brings the fisherman a magic shell which can produce anything you wish for. The shell is stolen by a wicked pirate who wants to use it to become rich. However in his haste the pirate fails to use the correct magic words and his ship fills with salt and sinks to the bottom of the sea. That is the end of the pirate but the shell makes salt forevermore.