Following a most enjoyable days work at Wooley Wood Special School in Sheffield I was contemplating the value of such a visit and as I thought about it I realised that probably everyone involved had benefited in one way or another.

I had performed a puppet show for the whole school at the beginning of the day and then ran puppet making workshops for each year group.

The show was very well received and the audience responded enthusiastically. I was in my element  performing ( as usual ) and the adults were relaxing and getting involved as much as the children. We all had a great time!

The puppet making workshops were also lots of fun and because the method was uncomplicated it meant that children of varying levels of ability could still participate. The children and the adults worked together in small groups and between them they produced some excellent simple but effective puppets.

Looking back on the day I do feel it was successful and worthwhile.

Here are some comments from the teachers and staff:

Here are a few pictures I took of some of the puppets. 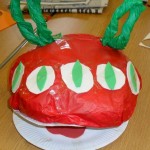 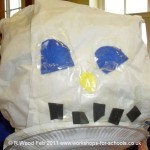 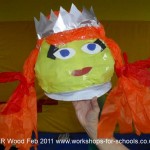 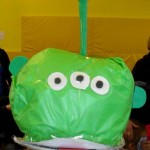 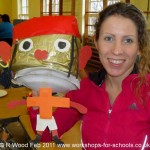